The Bombing of the Marine Barracks in Beirut 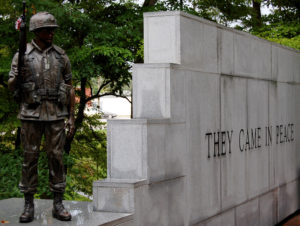 In 1982, the U.S. deployed Marines as part of a multi-national force (MNF) on a United Nations (UN) peacekeeping mission in Lebanon. A year later, in October 1983, a suicide bomber attacked the Marine barracks in Beirut.  The attack left 241 Americans dead, including 220 Marines. The barracks attack was the bloodiest day in Marine Corps history since the World War II battle of Iwo Jima.  Within minutes of the devastation of the Marine barracks, another bombing killed 58 members of the French contingent of the multi-national force (MNF) [1].

The debate over how to respond to the attack divided the Reagan administration. However, there was no debate among my fellow recruits in Platoon 3068 at Marine Corps Recruit Depot San Diego. I remember clearly Drill Instructor Staff Sergeant Reyes calling us into a school’s circle around the TV as we watched the news of the devastation. It was the only time we saw TV during those 13 weeks of boot camp. The impression was strong. We all knew we must respond. We all knew the U.S. would respond. After all, those were our brothers. Ultimately, the U.S. did not retaliate despite having knowledge of who was behind the attacks [2]. Just four months after the deadly attack, the U.S. withdrew from Lebanon. The peacekeeping mission ended in failure. Lebanon descended into seven more years of brutal conflict [3].

Civil war raged in Lebanon beginning in 1975. Outside nations, including Israel, Syria, and Iran, as well as the Palestinian Liberation Organization (PLO), used the civil war to fight their own proxy wars within Lebanon. In 1982, Israel launched a military attack against the PLO and Syrians in Lebanon, sparking battles between rival militias. The U.S. deployed Marines to Beirut in August 1982 to oversee the evacuation of the PLO from Beirut. Upon completion of the PLO evacuation, the Marines left Beirut on September 10, 1982 [4].

After the Marines left, Israel’s allies in Lebanon massacred 800 unarmed Palestinian civilians in refugee camps [5].  The Marines returned to Lebanon a month later as part of a UN peacekeeping MNF that included British, Italian, and French forces. The UN sent the MNF to Beirut in exchange for Israel’s agreement to withdraw [1]. The UN gave the MNF the mission to provide a presence and facilitate the withdrawal of foreign military as an aid to the Lebanese government. The MNF established its base at the Beirut International Airport [6].

The situation in Beirut deteriorated in the spring of 1983. A car bomb attack killed 63 people and destroyed the U.S. Embassy in Beirut on April 18. As the Lebanese Army began an offensive against Druze and Muslim militias in the summer, the violence increased. The Marines at the Beirut airport faced increasing sniper fire and rocket attacks from militias in the surrounding hills [4]. In September, the opposition forces gained the advantage over the Lebanese Army in Suq al-Gharb and appeared on their way to victory. It was then that the U.S. made a critical decision. The U.S. provided supporting gunfire to the Lebanese Army from the USS New Jersey.  In the eyes of many, the U.S. became a combatant [7].

Among the opposition militias that saw the U.S. as combatants was a new group known as Hezbollah.  Hezbollah, known for many acts of error, would go on to become a political force in Lebanon. On the morning of October 23, 1983, a Hezbollah terrorist drove a five-ton truck loaded with explosives into the Marine barracks [4].

The equivalent of 20,000 pounds of trinitrotoluene (TNT) produced the largest non-nuclear explosion in history [8]. The force of the explosion destroyed the four-story concrete building housing the Marines.  A surviving Marine, who was in a nearby tent, in describing what he saw stated, “There was nothing but a mushroom cloud where the barracks building once was.”[9]  The surviving Marines spent the next five days digging through the rubble to retrieve their fallen comrades. The death toll from the blast included 220 Marines, 18 Navy sailors, and 3 Army soldiers [1].

Secretary of Defense Caspar Weinberger ordered a DOD commission to look into the attack. The DOD commission’s report, released in December 1983, stated that the U.S. was not adequately prepared to deal with the increasing threat of terrorist warfare. The DOD commission criticized the lack of security precautions at the barracks.  According to the DOD commission report, the blame for the lapse in security belonged with the entire chain of command from the Commander in Chief European Command down to the local Marine commander [6].

According to Secretary of the Navy John Lehman, there was no controversy about the responsible parties. Hezbollah conducted the attack with assistance from Syria and Iran. President Reagan asked Lehman and the Joint Chiefs of Staff to develop target lists for retaliation. The potential targets included several Syrian officers, the Syrian defense ministry, and the Iranian Revolutionary Guard barracks in Baalbek, Lebanon [8]. The Iranians used the Baalbek facility to train Hezbollah fighters. The U.S. decided on a joint effort with the French to bomb the barracks in Baalbek [5].

Though there was certainty about the perpetrators, the administration debated whether to take action or not. National security advisor Robert McFarlane supported the planned attack.  Weinberger strongly opposed the action [2]. The U.S. and French moved forward with their planning. The U.S. forces readied for a retaliatory strike. At the last minute, Weinberger aborted the mission because of concerns that such a strike would seriously injure U.S. relations with Arab nations[5].

On February 4, 1984, Reagan stated that a U.S. withdrawal from Lebanon would signal terrorists everywhere that terrorism works. Three days later Reagan ordered the withdrawal of the Marines.  The U.S. never retaliated for the bombing of the Marine barracks. Joint Chiefs of Staff Chair General John Vessey stated, “It is beneath our dignity to retaliate against terrorists who blew up the Marine barracks.”[3]

The horror of the devastation of the Marine barracks and loss of life caused by a suicide bomber shocked the U.S. At the time, it was the largest surprise attack on a U.S. target since the Japanese bombed Pearl Harbor in World War II [1].  A few years prior to the Beirut bombing, the U.S. witnessed the spectacle of the Iran Hostage crisis.  Americans watched as the Iranians held 52 Americans hostage for 444 days [10].  The Marine barracks bombing punctuated the increasing threat of terrorist attacks against U.S. interests.

The Marine barracks bombing brought two important lessons. The first lesson was for the terrorists. The attack demonstrated that a small group of terrorists could cause physical and political damage to the U.S. The world watched as the U.S. suffered a great loss and responded by withdrawing. Judging by the increasing terrorist activity against the U.S. following the Marine barracks bombing it seems the terrorists, including Usama Bin Laden, learned their lesson. Bin Laden stated that the rapid withdrawal of U.S. forces from Lebanon led Bin Laden to view the U.S. as a paper tiger [11].

The lesson for the U.S. was to avoid getting involved in wars and conflicts not of vital national interests, especially civil wars. Weinberger opposed the initial deployment of U.S. forces to Lebanon.  Weinberger gave a speech in 1984 in which he laid out what would become known as the Weinberger doctrine.  Weinberger held that the U.S. should only go to war to protect a vital U.S. interest.  The deployment of combat troops must have a clearly defined goal and the U.S. must commit the resources to achieve that goal.  The Weinberger doctrine further declared that the U.S. must have reasonable assurance of support of the American citizens. Weinberger learned the lesson.  It appears that the U.S. has not learned the lesson.  The countries in which the U.S. intervened militarily since the Marine barracks bombing include Libya, Bolivia, Iran, Panama, Philippines, Liberia, Iraq, Kuwait, Haiti, Somalia, Bosnia, Croatia, Zaire, Sudan, Afghanistan, Pakistan, Yemen, and Syria [12].

About the author: Donnie Wendt was a young Marine in boot camp when the Marine Barracks in Beirut was bombed. Donnie Wendt is an information security professional focused on designing and engineering security controls and monitoring solutions. Also, Donnie is an adjunct professor of cybersecurity at Utica College. Donnie is currently pursuing a Doctorate of Science in Computer Science with a research focus on security automation and orchestration.

[7] Rosen, N. (2009). Lesson unlearned: Don’t blame Hezbollah for the Marine barracks bombing. The United States is at fault, for becoming a combatant in Lebanon’s civil war. Retrieved from: http://foreignpolicy.com/2009/10/29/lesson-unlearned/

[12] Grossman, Z. (2014). From Wounded Knee to Syria: A century of U.S. military interventions. Retrieved from: http://academic.evergreen.edu/g/grossmaz/interventions.html

2 thoughts on “They Came In Peace” 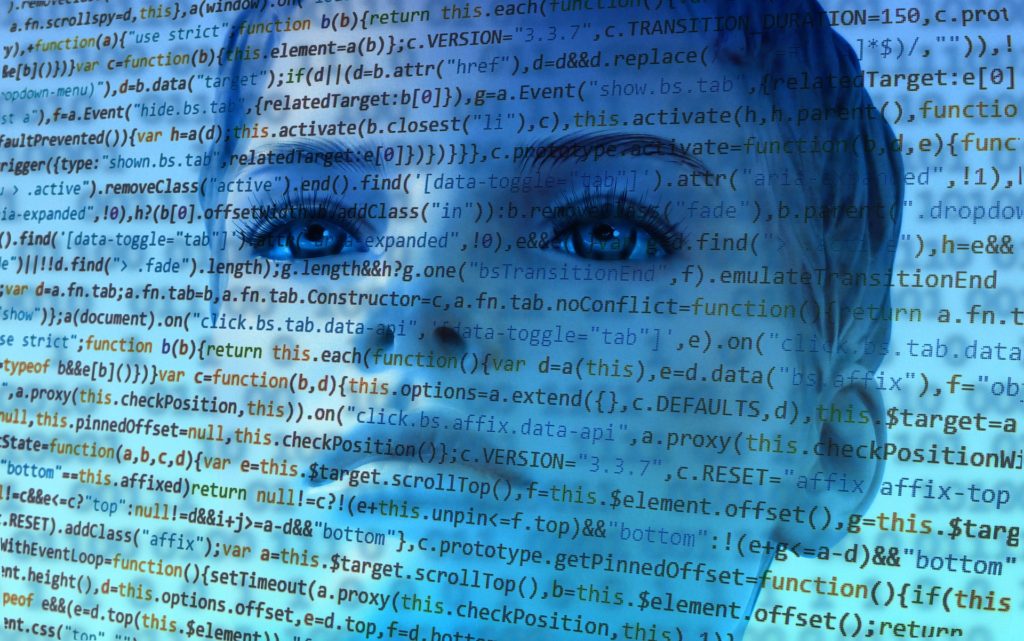